Get to know a Buildertrend employee: Derek Tobler

Yep, this is the Buildertrend bunch equipped to solve all our team’s tech troubles. Just as knowledgeable, helpful and kicka$$ as any old Ghost Buster, Team Help saves the day every day by monitoring our technology infrastructures and problem-solving issues as they arise.

To see how they get it all done, we thought we’d talk with one of the all-stars on this savvy squad – Derek Tobler, IT support technician I. He, along with the rest of Team Help and Infrastructure, helped each member of our staff shift to work from home amid the COVID-19 pandemic. This happened practically overnight.

Now it’s seven months since the Buildertrend family has been in the office together. That means it’s been seven months since we all got to witness Derek longboarding through the halls, ready to scare away computer bugs like a Ghost Buster with a Proton Pack. So, we decided to catch up with him to see how work from home is going, the role he played in the transition and why one of his favorite memories is the day the lights went out.

Q: Hey, Derek! Tell us a bit about life outside Buildertrend and how you ended up here.

I’m from central Nebraska, but I came to Omaha seven years ago for college at the University of Nebraska Omaha.

I’ve been with Buildertrend officially four years if you want to count my internship. It was happenchance. There was a career fair at college, I saw that Buildertrend had positions, applied for the Development internship but got Team Help instead. This then became my first official job when I graduated and have loved working with the company ever since.

Outside work, it’s typical nerd and geek stuff for me. Video games. Things like that.

Q: What’s a typical day look like for you?

I start the day by checking the ticket queue. Then, I go right to working on projects. A lot of people will say, “Hey, I know this is a stupid question or issue.” No, it isn’t. Whatever the problem, they’re likely not the first or the last to have it and ask for help.

We work on everything from someone getting locked out because they forgot their computer password to more complicated issues like our file structure completely vanishing. Anyone in Team Help has to be on their toes because day-to-day is never the same thing.

Q: Speaking of complicated jobs, you helped transition the entire company to work from home in March. Tell us more about that.

It definitely was crazy. When we first heard about it, what I distinctly remember was it being a situation of anybody that needs to go home please do that now this week. We had to lightly prep maybe 20 employees because of preexisting conditions or other reasons. The next week, we got the marching orders that everyone is going home. It happened so quickly.

Our ticket count like quadrupled. Usually it’s 50 or so tickets an entire week. It was 100 plus every day. Everyone was asking for everything. Getting extra monitors. Getting ethernet cables. It was go, go, go.

Q: Sounds memorable to say the least. Any other Buildertrend memories stand out to you?

When the power went out in the building. That doesn’t sound like good memory, but it is. When it happened, we had to act quick. Our team needed to get people home or power back into building. So, we started gathering laptops, passing them out to people who needed to get home and back to work immediately.

The second thing was I had to drive to Cabela’s, buy three generators and bring them back to the company to turn on our call servers so voice calls with customers could continue. It was the sheer excitement of we have to get this done now. But then we did it. It worked.

The funny thing? The power came on literally half an hour later.

Q: Finally, what makes Buildertrend a unique place to work?

I always like describing Buildertrend as the Google of Nebraska. You hear stories of Google, their culture and their complex. This is probably the closest you’ll get to Google in Nebraska. We’ve got the bar, yoga studio, relaxed atmosphere.

The best part of Buildertrend is the people. I like going to people’s desks, helping them with an issue and hearing the comradery. I get to chime in on stories and get to know others – even if that’s done virtually for now.

Buildertrend recently was ranked No. 1 in Best Places to Work in Omaha – for a second consecutive year. Our team is growing, too. Find your dream job here! 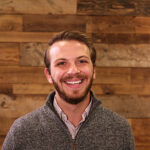 Sean Robinson is a copywriter at Buildertrend The best is yet to come: An investment in Buildertrend drives new opportunities for the future

Learn how an investment from Bain Capital Tech Opportunities and HGGC will accelerate our growth and expand the services we provide customers. Mining the data field: Success with construction management software in 2020

This special year-end post examines how you used construction management software to reach new heights in 2020. It’s time to look back and celebrate your wins. 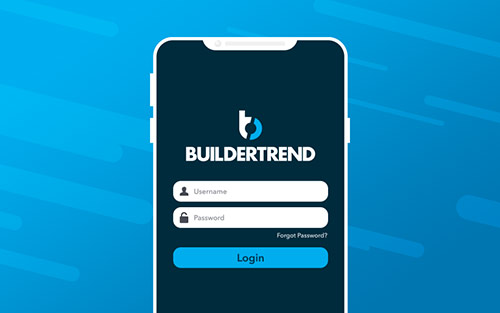 You may recognize our bold blue logo but are still wondering: What does Buildertrend actually do? Let’s get to the bottom of it together.