How women in construction are breaking barriers in 2021

Women in construction are breaking barriers in 2021. Find out how they’re overcoming challenges and taking on opportunities in leadership roles. It’s no secret that construction is one of the most male-dominated professions in the world. And while women are underrepresented in the trades, statistics show that more and more women are joining the construction industry. The Institute for Women’s Policy Research found that the share of women working in construction trades is the highest it’s been in two decades. And more than ever, women are being promoted to leadership roles and owning their own construction businesses.

These women hold titles like architects, administrators and project managers. Whether they’re donning a hard hat or keeping things organized behind the scenes, they bring value to the job site and the office. They’re breaking down gender barriers and bringing a fresh perspective to the construction industry.

Read on to learn more about the state of women in construction in 2021.

What is the percentage of women working in construction?

In 2020, women made up 46.8% of the total workforce in the U.S., but in the construction industry, the statistics are drastically different. Of all construction workers, the Bureau of Labor Statistics reported that 10.9% of them are women. So, for every 10 people in a construction-related role, one of them is a woman.

Opportunities for women in the construction industry

Even as the minority, women continue to make a difference in construction and challenge stereotypes to prove their value in integral leadership roles.

As the co-founder and head of business development for SnapADU, Whitney Hill handles the pre-production and marketing for the company. Before construction, she found herself in another male-dominated field – the supply chain industry. She was accustomed to working alongside mostly men. Now, she’s seeing women taking on important roles in the construction field.

“You see more women in office roles and management roles,” Hill said. “Women look at things differently. Since we often haven’t grown up in the industry, we can bring unique and fresh ideas. We also bring different skillsets to the industry.”

“We [Women] have the ability to multitask, process all the details and really execute. I’m biased, but I think female project managers are so good at that and so good at being able to balance all the personalities that might be in the room between the owner, architect and superintendent from the field. There’s plenty of room at the table for more female project managers,” Tankersley said.

Rebecca Remick is the owner of City Homes LLC, a custom home builder in Edina and the Minneapolis area. As the first point of contact and face of City Homes, she spends a lot of time with the client building trust and walking them through the process of building their home. And as a woman, she approaches these meetings with women in mind.

“I’m told over and over again that as a female, I listen to the women in the room. A lot of times, these men who own these construction companies or any company for that matter, continually look at the man in the room. The woman is usually the one making 95% of the decisions that go into building a home, so they’re talking to the exact wrong person,” Remick said.

“They need to be talking to the woman and make sure they’re heard in those meetings. Being a woman myself, I give a voice to the women in the room.”

Ready to see what construction software
can do for your business?

Challenges for women in the construction industry

Despite all the ways women are changing the industry and breaking barriers, they still face challenges in gender bias and career advancement barriers.

“Some of the best advice I got coming into this industry is that ‘You’re going to be doubted when you walk in the room, but don’t let that define you,’” Tankersley said. “If you didn’t come from the field and swing a hammer or bend pipe, that’s going to be an uphill battle. But that doesn’t mean you can’t go learn those things so you can understand how it comes together.”

Another challenge is that, traditionally, women with children often juggle being a caretaker and working a job. To remedy this challenge, Hill found that technology, particularly construction software, has allowed those in office roles to have more work flexibility.

“Women are often the primary caretakers. I have two children and a full-time job. Things like Buildertrend enable it to be more of a remote role, which allows for more flexibility around a school schedule and last-minute stuff,” Hill said.

Another consideration for women in this industry is whether they want to work on the job site or in the office. Although the labor can be more difficult, there are still women who are construction workers. On job sites in the U.S., one of every 100 employees is a woman.

“There’s a physical element to the job in the field and a certain threshold women can do. Things have become less manual, though. I see more women in supervisory roles than swinging hammers,” Hill said.

Future of women in the construction industry

Numbers are slowing rising as more women are joining the trades in 2021. Looking to the future, many see even more opportunities in the industry and enjoy the variety of work and impact it makes.

“It’s very tangible. I love that we literally build something here. It’s exciting – the sky’s the limit when it comes to finding new building techniques and better processes,” Hill said.

Tankersley is a testament that women can be successful and transition to several different roles in construction. She started in a marketing role for an electrical contractor, worked in the project management field and now owns a business with her husband, Steve. In the 15 years Tankersley has been in the industry, she notes that it’s getting better with more women being in construction.

What’s her advice to women wanting to join the industry?

“Having somebody else support you and be your cheerleader from a female management role is key,” Tankersley said. “Find a team that will foster you wanting to grow and get where you want to be whether that’s in the trades or in managing work.”

Remick shares that everyone needs workers on the building site and in project management right now, hinting at the current labor shortage in the trades. In her opinion, women won’t have a hard time getting a job as long as they’re willing to start at the bottom and learn in the field or get a degree in project management.

“Even in our society, women are starting to be more respected, and if they can get out there and swing the hammer and dig the hole the same as the guys can, they’re going to be just fine. And much to that, if they have the same degree as a male counterpart, they’ll be fine there, too,” Remick said. 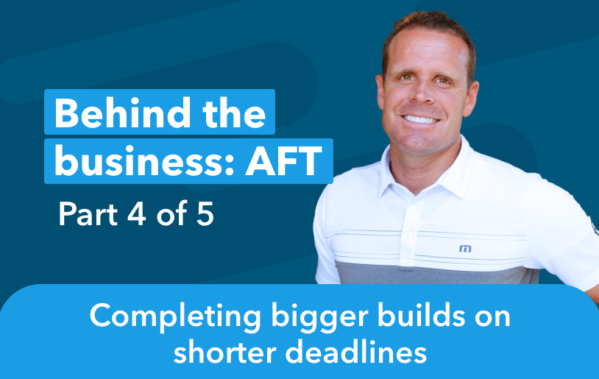 Behind the business: Completing bigger builds on shorter deadlines (Part 4 of 5)

This is the fourth post in a five-part series taking an in-depth look at how a leading Arizona contractor builds bigger and better with construction tech. 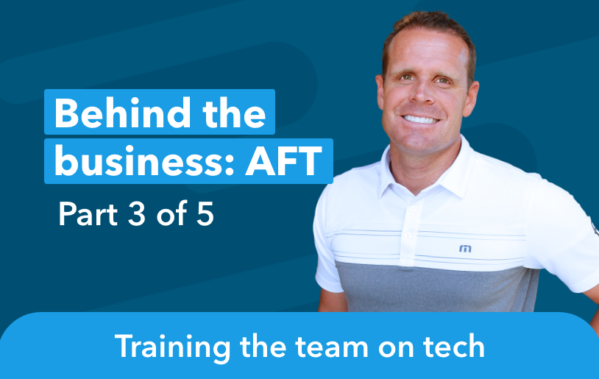 Behind the business: AFT training the team on tech (Part 3 of 5)

This is the third in a five-part series taking an inside look at how this leading contractor trained his team on using construction tech. Behind the business: Earning client trust to win jobs (Part 2 of 5)

This is the second post in a five-part series taking an in-depth look at how a leading contractor builds bigger and better with construction tech.

Want to contribute to our blog?

We believe in building a community for construction – sharing is a big part of that. If you have industry expertise or a story to tell, your voice can reach thousands here.

Pitch your idea
Buildertrend uses cookies to improve your experience on our site, analyze site traffic, serve targeted advertisements, and provide content from third parties. By clicking “Accept” on this banner, you consent to the use of cookies in accordance with our Cookie Policy. Learn more
Decline
Accept
Accept
Manage consent