This week we are live from Buildertrend University with Matt Troyer, CEO of Emergent Construction. Matt is our first repeat guest, and he didn’t disappoint. Paul, Tom and Matt catch up and discuss BTU, the impact of social media and Tom and Matt’s love of Teslas.

This was Matt’s first time attending Buildertrend University. He brought along members of his team, so they could divide and conquer the classes offered at Buildertrend headquarters in Omaha, Neb.

Matt’s favorite class was Job Costing 201, because it gave him a chance to dig deeper and help his team with its workflow. When asked what the No. 1 thing people learn at BTU that they want to implement the moment they return home, we usually get answers such as “Scheduling” or “Templates!”

Instead of picking a feature, Matt said he wants to incorporate what he learned about company culture. He was inspired by the aspirational messaging on Buildertrend’s walls and the widespread message of caring about what you do every day.

When Matt was on the podcast nearly 10 months ago, Emergent’s Instagram had about 5,000 followers. Today, they are sitting at nearly 6,000. Matt credits their steady social media growth to being consistent. Instagram is a valuable tool for Emergent as 50 percent of the company’s business comes from Instagram. Listen to the full episode to hear about a funny, viral post that gained Emergent more than 2,000 followers. 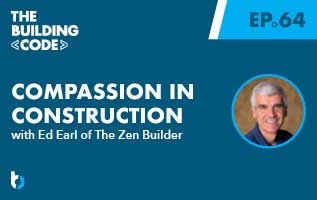 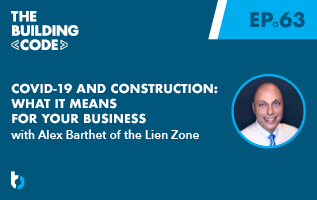 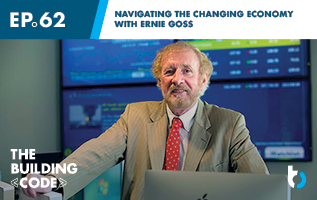 On this episode of “The Building Code,” Paul and Tom are joined by Dr. Ernie Goss, prominent professor and regional economist.