Established in 2010, Paramount Fence is a full-service fence installation company serving residents and businesses in southeast Michigan. When owner John Burke first started the company, he served as an independent residential contractor with two other employees. Since then, the company has been growing by an average of 40 percent year-over-year, quintupling its employee base from 2010 to 2019. Today, the company serves 158 customers, 75 percent of which are residential projects.

As Paramount Fence’s customer base increased, the volume of calls and emails from customers interested in knowing the status of their projects also skyrocketed.

“Managing customer calls and emails was a big challenge for us,” John said.

At the time, Paramount Fence utilized Google’s online tools (Calendar, Drive, Sheets, etc.) for project management and other applications for estimates and invoices.

“We needed to find a solution that allowed customers to track the status of their projects in real time, while also enabling the team to manage projects efficiently with the ability to seamlessly create customer quotes and invoices,” he said.

At the beginning of his search, John didn’t know what to look for. “I knew there had to be an all-in-one solution that would solve our challenges, but I didn’t know how to find it,” he said. It wasn’t until after John spoke with a friend, and the Paramount Fence team scoured the internet, that his company discovered Buildertrend, an all-in-one construction-based project management solution.

“We started trials with a couple of project management tools, but eventually we landed on Buildertrend,” John said. “Buildertrend carries a lot more features and functionality compared with other applications. After playing around with some of Buildertrend’s features, it quickly became the heartbeat of our company.”

Since utilizing Buildertrend, the volume of customer communications via email and phone has significantly dropped and are now routed through the Buildertrend platform, allowing the team to focus on other work, such as coordinating permits, scheduling and material orders. “Buildertrend quickly became the heartbeat of our company.”

The company uses Buildertrend throughout the customer’s experience with Paramount Fence, but Buildertrend’s Daily Logs has come in handy particularly for customer communications.

“At the start of every project, we invite all of our customers to set up a Buildertrend account so they can check on the status of projects whenever it’s convenient for them,” John said. “Every time there’s a project update, whether it’s applying for a permit, ordering materials or taking a picture to show progress, the Paramount Fence team will update through Buildertrend’s Daily Logs feature that automatically triggers a notification to a customer’s account.”

“It only takes a few seconds to write a daily log to update customers,” John said. “It’s significantly more manageable than getting inundated with emails and calls from customers, who understandably want to know the latest progress. It’s been a big win for all of us.” As for other contractors considering an all-in-one project management solution, John recommends Buildertrend.

“I’ve actually recommended it to friends and family who are in the construction business,” John said. “A response to a customer question while on the road can take up to six hours if you’re on a job site and need to log into a computer back at the office. With Buildertrend’s mobile app, you can look it up within a matter of seconds and respond.”

John truly believes that Buildertrend is built and continuously updated with its customers in mind. Chris Ledet Homes needed a way to modernize and revolutionize the client experience. Buildertrend’s Customer Portal was just what they needed. 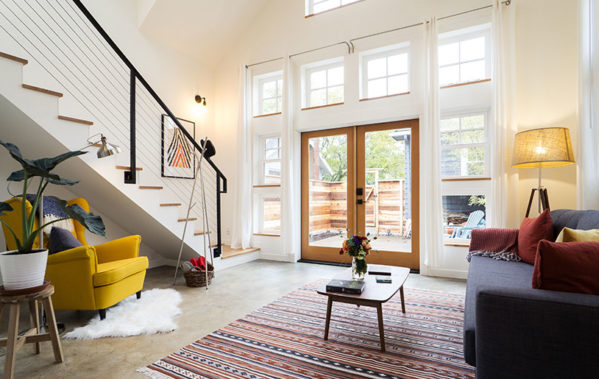 Selvig Development was looking for an all-in-one system that helped lessen the load of administrative duties. Read on to see how Buildertrend helped solve this problem.